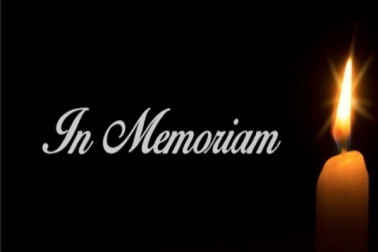 As I started my "Freinds and Influences" page, I discovered more than one friend had passed.

I created this page  in honor of the love and friendshipe we shared.

I do miss them so. 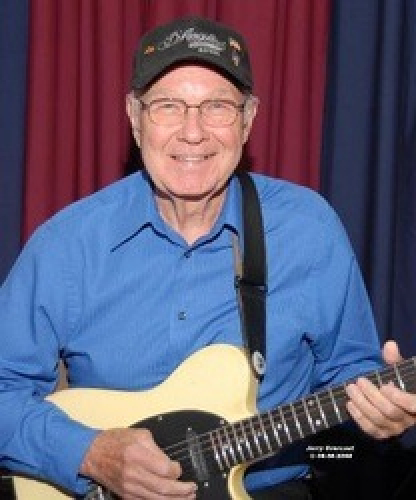 Mr Rhodes wandered into my shop at Soundcheck early on.

He was very supportive and we had lunches together.

Then one day I noticed he had not been by in awhile.

I am very sorry I did not get to say good-bye.

Leon Rhodes, whose lead guitar was an integral part of Ernest Tubb’s Texas Troubadours in the 1960s, and could be heard for decades as part of the Grand Ole Opry and “Hee Haw” staff bands, died Saturday morning at his Donelson home. He was 85 years old.

He played with blinding speed and unbelievable accuracy, and for years on stage and in the studio, Tubb would call out his dazzling solos with a drawled, "Aww, here's Leon."

"Leon Rhodes can play circles around most guitar players," Vince Gill told The Tennessean in 1999.

Rhodes was born on Mar. 10, 1932 in Dallas, Texas. He began learning to play his older brother's guitar at a young age. His family couldn't afford to get Leon his own guitar, so, Rhodes remembered during a program at the Country Music Hall of Fame in 2014, he sold his bed in order to buy one.

It paid off. By the age of 16, he was a musician on "The Big D Jamboree," a country music program on Dallas station KRLD.

Rhodes recorded with Lefty Frizzell and Ray Price in Texas during the 1950s before Tubb hired him to be the lead guitarist in the Texas Troubadours in 1960.

For nearly seven years, Rhodes played alongside steel guitarist Buddy Charleton, bassist Jack Drake, drummer Jack Greene, and front man Cal Smith. That configuration of the Texas Troubadours was Tubb's greatest. “They were what every hillbilly band at the time wanted to be, but wasn’t,” said Eddie Stubbs, WSM DJ and Grand Ole Opry announcer.

Tubb’s tour schedule was grueling; he was on the road up to 300 days a year. In addition to their work on the stage and in the studio with Tubb, the Texas Troubadours released their own albums as well.

After Rhodes exited the Troubadours in late 1966, he became a member of the Opry staff band; he remained part of that band until 1999. After that, he continued playing on the show with Porter Wagoner and The Whites.

"In my opinion, Leon was one of the greatest country guitarists of all time, and one of the finest jazz men to ever take the stage in a cowboy suit," wrote Chris Scruggs, one of Marty Stuart's Fabulous Superlatives, on Instagram Saturday. "Leon added a level of sophistication to the established style and elevated it into something that was elegant, refined and well spoken... but always with the down-home country twang of his Epiphone Sheraton's treble pickup. He always played with an enormous amount of humility and dignity, and his decades of service to the Grand Ole Opry staff band made radio listeners smile all over the world on Saturday nights."

He also worked as a session musician, appearing on recordings by Loretta Lynn, George Strait, Reba McEntire and more, and spent more than 20 years as part of the "Hee Haw" band.

He retired in 2014. That year, he was also honored as part of the Country Music Hall of Fame and Museum’s Nashville Cats series, which showcases musicians who have played important roles in country music history. 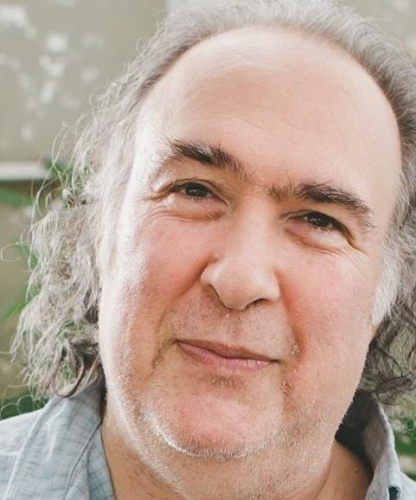 Rob Wolf and I were friends.

He decided I needed an album and offered to produce it. So we did one.

We just enjoyed each other and music was a part of the process.

He co-wrote "Sweet Love" and "Entourage" with me.

Robert Scott Schieber
aka Robert K. Wolf, left this world peacefully December 27, 2018 surrounded by his loving family. He is survived by his beloved wife Lori J. Ingberg, his mother Florence Schieber, his sister Janet Schieber, nieces Emma From and Molly From, his aunt Barbara Garber, several cousins, and many dear friends and fans of his music. He was preceded in death by his father Theodore Schieber. Per his wishes, he is being cremated. No memorial service is planned. Celebrations of his life beautifully lived will be happening at a later date. Donations to www.youinspire.org or www.gildasclubmiddletn.org in Rob's memory are encouraged. 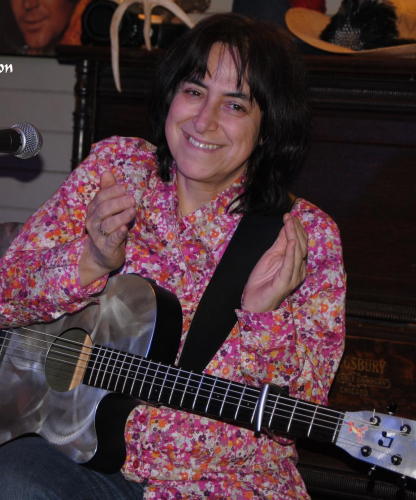 Lorna Flowers and I shared a special relationship.

We had several lunches together and I used to make her laugh or smile.

When she passed, it was quickly albeit probably not for her.

She had struggled with cancer for awhile.

She co-wrote "Sweet Love" with me.

I still miss her.

Flowers found success on the European Country radio charts during her career, and wrote with songwriters including Bob Welch, Roger Cook, John Peoppard and many others.

She moved to Nashville in July 2004 after nine years of visiting three times a year and building a network of great writer, publisher and artist connections.

In 2007, Flowers had a chart-topping song in Australia with Lucie Diamond‘s “Don’t Even Think About It” and had her first U.S. cuts with Kathy Chiavola and Heather Wilkins.

Flowers had produced demo projects since 1997, and was a co-producer on Sue James‘ UK debut 5 Stars and the Moon. She was producer for Blue Orchid‘s UK release of “Slow Down For A While,” which gained a Best Album nomination at the UK Country Radio Awards in 2004.

She performed in UK/Europe on tours and festivals with Charley Pride, Gail Davies, George Hamilton V, Rivers Rutherford. In 2012, she made her debut on the prestigious Pensacola and Frank Brown International songwriter festivals. Flowers also set up her own demo production company, Lorna Flowers Productions.

There are others whom I had met but had not gotten into relationships with by the time they committed suicide.

I mention this to note they died in vain.  It could have been prevented.

They are also missed.